The Spy with My Face (1965) starring Robert Vaughn on DVD


This sale is for The Spy with My Face (1965) starring Robert Vaughn on DVD.

6.1
Director: John NewlandWriters: Joseph Calvelli, Clyde WareStars: Robert Vaughn, Senta Berger, David McCallumSummary: Thrush captures Napoleon Solo and replaces him with a look-alike to infiltrate U.N.C.L.E. and an operation called "The August Affair". While Solo is being held prisoner, Illya Kuryakin becomes suspicious by the unusual behavior of his friend, and slowly starts to realize what has happened. The real Solo must escape and stop his Thrush double before it's too late. This film is made up from "The Double Affair" (11/17/64) and "The Four Steps Affair" (02/22/65) from the first season of The Man From U.N.C.L.E. Written by Daniel Bolton 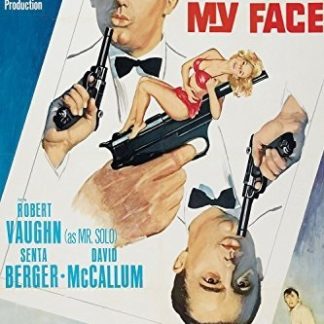