The Sons of Great Bear (1966) with English Subtitles on DVD


This sale is for The Sons of Great Bear (1966) with English Subtitles on DVD.

5.9
Director: Josef MachWriters: Liselotte Welskopf-HenrichStars: Gojko Mitic, Jirí Vrstála, Rolf RömerSummary: Although the Indians were assured their lands adjacent to the Black Hills by contract, the Whites want to expel them. Meanwhile, gold has been discovered there and the unscrupulous settler, Red Fox, demands of Mattotaupa, chief of the Bears Clan belonging to the Dakota tribe, to reveal to him the location of a cave with gold deposits. Mattotaupa refuses and is stabbed to death by Red Fox in the presence of his son Tokei-ihto. Lieutenant Roach orders Tokei-ihto to Fort Smith in order to negotiate. The son of the slain chief suspects that the Whites are planning an ambush, a fear that is confirmed when he encounters Red Fox there. Tokei-ihto refuses to move to a reservation in an infertile area with his tribe and is incarcerated. When the Dakota Indians have been defeated and resettled, he is released. Tokei-ihto learns of the murder of the senior chief Tashunka-witko. Tokei-ihto now wants to fulfill his legacy, escaping with the subgroup of his tribe to the fertile areas beyond the ... Written by DEFA Film Library
Also known as: The Sons of Great Bear (on a region-free DVD). 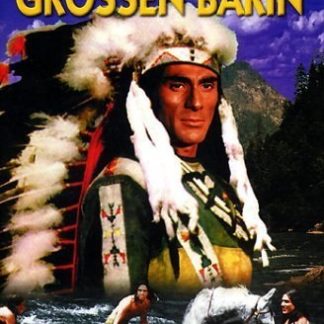