This sale is for The Sicilian (1987) starring Christopher Lambert on DVD.

Director: Michael CiminoWriters: Mario Puzo, Steve ShaganStars: Christopher Lambert, Terence Stamp, Joss AcklandSummary: Giuliano robs from the rich conservative landowners to give to the poor, serf-like peasants, who in turn hail him as their savior. As his popularity grows, so does his ego, and he eventually thinks he is above the power of his backer, Mafia Don Masino Croce. The Don, in turn, sets out to kill the upstart by convincing his cousin and closest advisor Pissciota to assassinate him Written by Anonymous
Also known as: The Sicilian (on a region-free DVD). 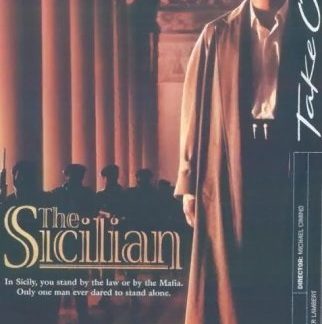