This sale is for The Rocking Horse Winner (1949) starring Valerie Hobson on DVD.

7.3
Director: Anthony PelissierWriters: D.H. Lawrence, Anthony PelissierStars: Valerie Hobson, John Howard Davies, Ronald SquireSummary: In London, the young Paul Grahame lives with his upper class, but financially broken family. His wasteful mother Hester Grahame is a compulsive buyer, spending all the family money on new expensive dresses, jewels, and objects for their house. His father Richard Grahame is a gambler, losing money in the horse races. His uncle Oscar Cresswell is permanently covering the Grahame family debts. When the servant Bassett is hired, Paul finds that he can predict the winner of the horse races by rocking his wooden horse. Paul asks Bassett to become his partner. The two of them bet their money on the races. Paul wants to prove that he is lucky in order to silence the house, which perpetually whispers to him that it needs more money. Written by Claudio Carvalho, Rio de Janeiro, Brazil
Also known as: The Rocking Horse Winner (on a region-free DVD). 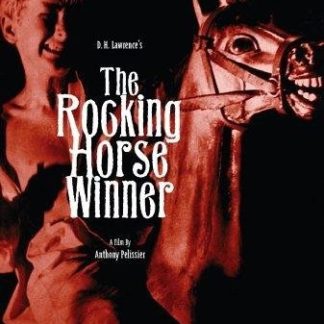