This sale is for The Restoration (2004) starring Dustin Harding on DVD.

8.0
Director: T.C. Christensen, Gary CookStars: Dustin HardingSummary: 14-year-old Joseph Smith lives in upstate New York in the early 19th century. His father is a Christian man of faith, but chooses not to attend church with his mother and siblings. Several local preachers argue with one another about points of doctrine. Joseph begins to ask his family members and various preachers questions about doctrine. Joseph decides that he wants to find out which church he should join to be saved. He attends the meetings of various denominations and finds they all interpret the Bible differently. Eventually, while studying the Bible, Joseph concludes that neither his fellow mortals nor an appeal to the Bible can provide him with the answers he is seeking. Joseph goes into the woods to follow James' instructions and "ask of God. (James 1:5)" What happens next will change his life...and the lives of millions.
Also known as: The Restoration (on a region-free DVD). 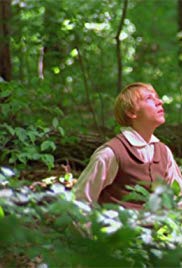