This sale is for The Racket (1951) starring Robert Mitchum on DVD.

Director: John Cromwell, Mel FerrerWriters: William Wister Haines, W.R. BurnettStars: Robert Mitchum, Lizabeth Scott, Robert RyanSummary: The big national crime syndicate has moved into town, partnering up with local crime boss Nick Scanlon. There are only two problems: First, Nick is the violent type, preferring to do things the old-fashioned way instead of using the syndicate's more genteel methods. The second problem is McQuigg, the only honest police captain on the force, and his loyal patrolman, Johnson. Together, they take on the violent Nick and try to foil the syndicate's plans to elect Welch, the crooked prosecutor running for a crooked judgeship. Written by Martin Lewison <[email protected]>
Also known as: The Racket (on a region-free DVD). 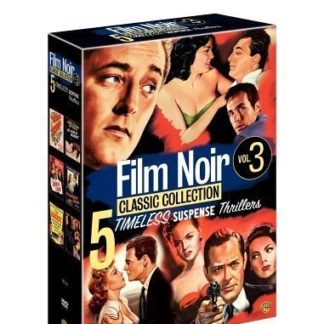