Director: Fred WolfWriters: Harry Nilsson, Carole BeersStars: Ringo Starr, Dustin Hoffman, Paul FreesSummary: An animated story of an unusual kingdom in which everything and everybody is pointed, except for a young boy named Oblio (Mike Lookinland). Despite his round head, Oblio has many friends. But an evil Count (Lennie Weinrib), jealous that Oblio is more popular than his own son (Buddy Foster), says that without a pointed head, Oblio is an outlaw. Along with his faithful dog Arrow, Oblio is exiled to the Pointless Forest. There, he has many fantastic experiences (including encounters with a three-headed man, giant bees, a tree in the leaf-selling business (Paul Frees), and a good-humored old rock (Bill Martin)). From his adventures, Oblio learns that it is not at all necessary to be pointed to have a point in life. Music composed and performed by Harry Nilsson ("Me and My Arrow"), who also wrote the story. Written by alfiehitchie
Also known as: The Point (on a region-free DVD). 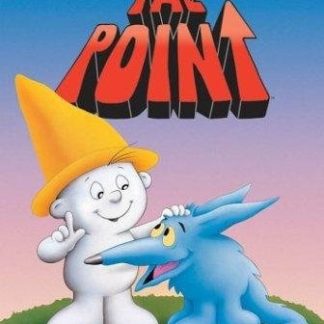