This sale is for The Plague Dogs (1982) starring John Hurt on DVD.

7.8
Director: Martin RosenWriters: Richard Adams, Martin RosenStars: John Hurt, Christopher Benjamin, James BolamSummary: An animated adaptation of Richard Adams' novel, about a pair of dogs (Snitter and Rowf) who escape from a research laboratory and try to survive in the wild with the help of a cunning fox (The Tod). The lab director tries to keep the escape quiet, but as an increasing number of sheep are found killed, word leaks out, together with rumors that the dogs might be plague carriers. Written by Michael Brooke <[email protected]>
Also known as: The Plague Dogs (on a region-free DVD). 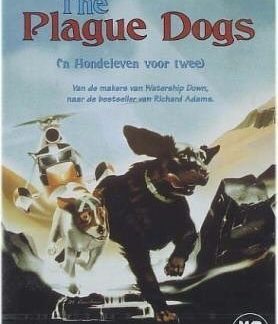