The Night of the Sunflowers (2006) with English Subtitles on DVD


This sale is for The Night of the Sunflowers (2006) with English Subtitles on DVD.

7.1
Director: Jorge Sánchez-CabezudoWriters: Jorge Sánchez-CabezudoStars: Carmelo Gómez, Judith Diakhate, Celso BugalloSummary: As the dead body of a sexually assaulted young woman rests hidden in a sunflower field near the small village of Cerredo in Northern Spain, the horrible news will soon spread like wildfire. Up until now, this was a quiet and peaceful place; however, the unexpected discovery of an entrance to an unknown cave will draw the attention of a small crew of geologists eager to investigate the unexplored subterranean system, in the background of an unprecedented act of violence in the community. Inevitably, this unbearable situation shall mark the beginning of a vicious cycle of violence, deception and greed, as both stories are inextricably intertwined with the lives of people beyond suspicion. But, who has the courage to get to the bottom of it? Written by Nick Riganas
Also known as: The Night of the Sunflowers (on a region-free DVD). 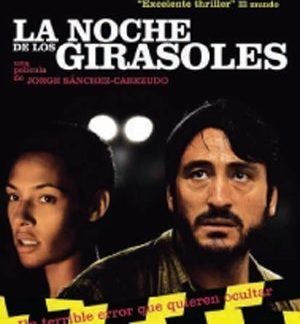