This sale is for The Moonshine War (1970) starring Patrick McGoohan on DVD.

5.9
Director: Richard QuineWriters: Elmore LeonardStars: Patrick McGoohan, Richard Widmark, Alan AldaSummary: In Prohibition-era Kentucky, Internal Revenue agent Frank Long figures he could make a dishonest buck by squeezing the moonshine producers. First, he targets an old army buddy, John Martin aka Son, and demands a cut of the moonshine profits in exchange for looking the other way. However, with Prohibition rumored to soon come to an end, Son figures he could refuse Frank's offer and wait until after the federal elections that promise to legalize alcohol production. Annoyed by Son's refusal, Frank lodges himself in a local hotel and starts a daily harassment routine against Son and other local moonshiners. Faced with an armed response from the outraged moonshiners, Frank realizes he is outgunned and outnumbered. He decides to call-in hired help, Dr. Emmett Taulbee and his gunman Dual Metters, two unscrupulous gangsters from the big city. However, Frank and the two gangsters fail to intimidate Son and the other moonshiners. The local town lawman, Sheriff Baylor, is friendly to the ... Written by nufs68
Also known as: The Moonshine War (on a region-free DVD). 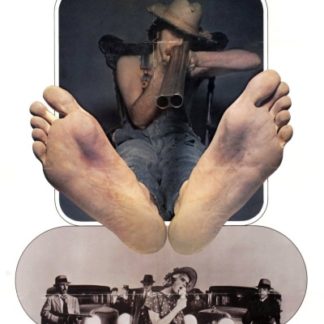