This sale is for The Money Trap (1965) starring Glenn Ford on DVD.

6.3
Director: Burt KennedyWriters: Walter Bernstein, Lionel WhiteStars: Glenn Ford, Elke Sommer, Rita HayworthSummary: Joe Baron is a cop with money problems that seem solved when Joe is assigned to a burglary case involving half a million dollars stolen from a doctor office's safe.The very rich doctor Dr. Horace Van Tilden managed to shoot the intruder during the burglary but the thief is still breathing when the two cops arrive on the scene.On the way to the hospital the burglar reveals to Joe Baron that his target indeed was the half million dollars in the doctor's safe and the combination to the safe.Joe and his partner, Pete Delanos, decide to get to the cash and keep it for themselves. Written by nufs68
Also known as: The Money Trap (on a region-free DVD). 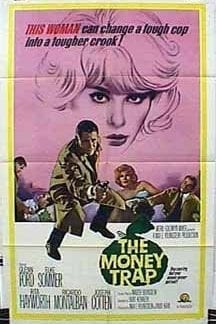