This sale is for The Missing Lynx (2008) starring David Robles on DVD.

Director: Raul Garcia, Manuel SiciliaWriters: Manuel Sicilia, Raul GarciaStars: David Robles, Cecilia Santiago, Conchi LópezSummary: The missing lynx tells us about the story of a group of animals which they plan to escape from Noe. Noe is an old eccentric billionaire's who wants to build his own Noe's arc to save the endangered animals. This old man recruits Newmann who is the best hunter in the world. This character only wants to be paid by his services but, even with his reputation, he finds some problems on his task. Félix, an Iberian lynx with so much bad luck (the main reason for whose he believes he's an endangered species) who is the leader of a strange group of animals tries to face Newmann intentions and free the captured species. Written by Mistlyss
Also known as: The Missing Lynx (on a region-free DVD). 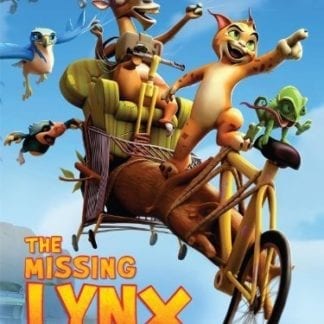