This sale is for The Mighty Gorga (1969) starring Anthony Eisley on DVD.

3.0
Director: David L. HewittWriters: David L. Hewitt, Jean HewittStars: Anthony Eisley, Megan Timothy, Scott BradySummary: Circus owner Mark Remington is concerned that he is about to go bankrupt. On hearing of an overgrown gorilla (Gorga) in Africa, he travels there with the aim of capturing it to be used as an attraction in his circus. On arrival, the hunter who originally reported the gorilla is nowhere to be found, but his daughter, April says that he has been kidnapped. Together they set off in order to find both Gorga and her father. Meanwhile Morgan, a rival hunter, is also on their trail.
Also known as: The Mighty Gorga (on a region-free DVD). 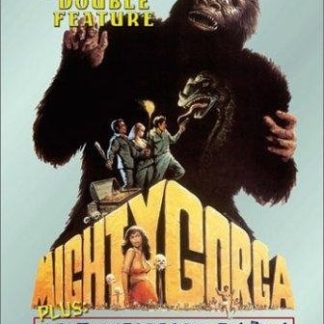