This sale is for The Mentors: Kings of Sleaze Rockumentary (2017) starring Steve Broy on DVD.

7.0
Director: April JonesStars: Steve Broy, Eric Carlson, Dave ChandlerSummary: How did three losers from Seattle shock, inspire, and offend masses worldwide? One of the most offensive bands to emerge from the 70's, the trio played a role in corrupting society and defending freedom of speech, culminating in a shocking conspiracy.
Also known as: The Mentors: Kings of Sleaze Rockumentary (on a region-free DVD).

Be the first to review “The Mentors: Kings of Sleaze Rockumentary (2017) starring Steve Broy on DVD” Cancel reply 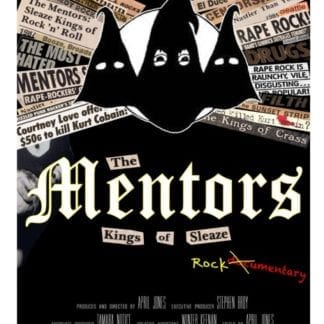