This sale is for The Masque of the Red Death (1964) with English Subtitles on DVD.

Director: Roger CormanWriters: Charles Beaumont, R. Wright CampbellStars: Vincent Price, Hazel Court, Jane AsherSummary: The evil Prince Prospero is riding through the Catania village when he sees that the peasants are dying of Red Death plague. Prospero asks to burn down the village and he is offended by the villagers Gino and his father-in-law Ludovico. He decides to kill them, but Gino's wife, the young and beautiful Francesca, begs for the lives of her husband and her father and Prospero brings them alive to his castle expecting to corrupt Francesca. Propero worships Satan and invites his noble friends to stay in his castle that is a shelter of depravity against the plague. When Prospero invites his guests to attend a masked ball, he sees a red hooded stranger and he believes that Satan himself has attended his party. But soon he learns who his mysterious guest is. Written by Claudio Carvalho, Rio de Janeiro, Brazil
Also known as: The Masque of the Red Death (on a region-free DVD). 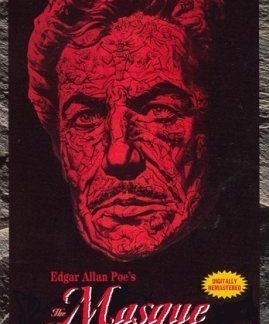