The Man Who Saw Tomorrow (1981) starring Orson Welles on DVD


This sale is for The Man Who Saw Tomorrow (1981) starring Orson Welles on DVD.

6.2
Director: Robert GuenetteWriters: Robert Guenette, Alan HopgoodStars: Orson Welles, Philip L. Clarke, Ray LaskaSummary: Hosted by Orson Welles, this documentary utilizes a grab bag of dramatized scenes, stock footage, TV news clips and interviews to ask: Did 16th century French astrologer and physician Nostradamus actually predict such events as the fall of King Louis XVI and the French Revolution, the rises of Napoleon and Hitler, the assassination of President John F. Kennedy? And are there prophecies that have yet to come true? Written by Eugene Kim <[email protected]>
Also known as: The Man Who Saw Tomorrow (on a region-free DVD). 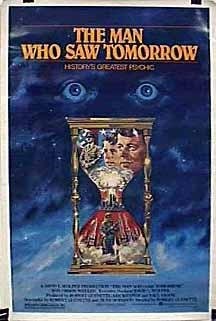