This sale is for The Man in the Orange Jacket (2014) with English Subtitles on DVD.

Director: Aik KarapetianWriters: Aik KarapetianStars: Anta Aizupe, Maxim Lazarev, Aris RozentalsSummary: A young man is fired from his job at the sea port and begins to stalk his boss and his beautiful wife. After a blood chilling turn of events, he attempts to escape his past by moving into the lavish mansion previously owned by his boss. The embittered young man tries to assume a new identity and lead a luxurious life, but nothing will prepare him for an unsettling visit by a vaguely familiar guest. After that unnerving encounter, the house will no longer be a safe haven, becoming, instead, a twisted and dangerous trap haunted by menacing spirits.
Also known as: The Man in the Orange Jacket (on a region-free DVD). 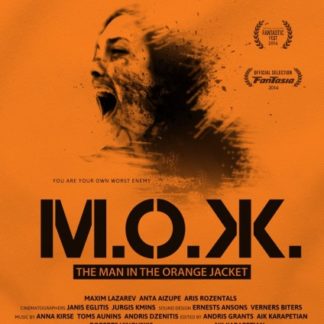