This sale is for The Mad Ghoul (1943) starring David Bruce on DVD.

5.8
Director: James P. HoganWriters: Brenda Weisberg, Paul GangelinStars: David Bruce, Evelyn Ankers, George ZuccoSummary: Dr. Alfred Morris, a university chemistry professor, rediscovers an ancient Mayan formula for a gas which turns men into pliant, obedient, zombie-like ghouls. After medical student Ted Allison becomes a guinea pig for Morris, the professor imagines that Allison's fiancee, beautiful concert singer Isabel Lewis, wants to break off the engagement because she prefers the professor as a more "mature" lover but in reality loves Eric Iverson, her accompanist. In order to bring Ted back from his trance-like states, Morris commands him to perform a cardiectomy on recently deceased or living bodies in order to use serum from their hearts as a temporary antidote. When the serial murders seem to coincide with Isabel's touring schedule, ace reporter "Scoop" McClure gets on the mad scientist's trail. Written by [email protected]
Also known as: The Mad Ghoul (on a region-free DVD). 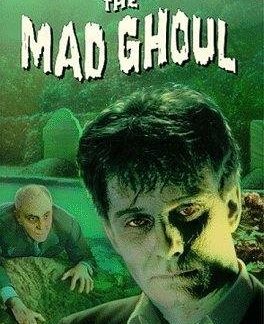