This sale is for The Last Shot (2004) starring Matthew Broderick on DVD.

Director: Jeff NathansonWriters: Steve Fishman, Jeff NathansonStars: Matthew Broderick, Alec Baldwin, Toni ColletteSummary: FBI director Jack Devine always sets up his brother Joe as undercover to trick mobsters. His latest cover is as movie producer Joe Diamond, to get Tommy Sanz for Teamster racketeering. His cover requires a script - the one movie theater manager Steven Schats and his brother Marshall 'Paris' wrote, supposedly a cancer biopic. So Steven is hired as director, his greatest dream, even if producing an Arizona desert drama on Rhode Island is far from ideal. When a former Oscar nominee volunteers to star, the cover gets out of hand till everyone believes in it, even the FBI brass- or not? Written by KGF Vissers
Also known as: The Last Shot (on a region-free DVD). 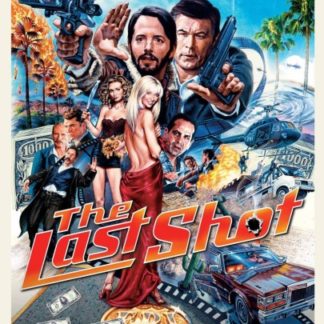