The Last Days of Pompeii (1959) with English Subtitles on DVD


This sale is for The Last Days of Pompeii (1959) with English Subtitles on DVD.

5.7
Director: Mario BonnardWriters: Edward George Bulwer-Lytton, Ennio De ConciniStars: Steve Reeves, Christine Kaufmann, Fernando ReySummary: Mount Vesuvius looms ominously over the doomed city of Pompeii, a city in turmoil. Its citizens are being terrorized by a group of black-hooded thieves on the rampage, murdering entire families, and looting their homes. Strangely, they're also leaving a calling card. The sign of the Christian cross is being left as a remainder of who has carried out these terrible acts. On his way into the city, Centurion Glaucus Lito, is looking forward to seeing his father after completing his military service. When he arrives at his father's house he finds it in ruins and is told that his father has been murdered by the same masked raiders menacing the city. Glaucus begins to make enquiries, aided by the help of his friends, but begins to doubt that the peaceful Christian community are responsible for these murders. He soon finds out that the situation is a lot more complicated than he originally thought. After more extensive enquiries he discovers a conspiracy within the political and religious ... Written by bcarruthers-76500
Also known as: The Last Days of Pompeii (on a region-free DVD). 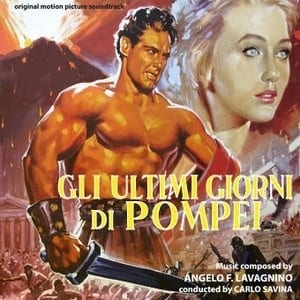