This sale is for The Jim Rose Circus Sideshow (1993) starring Bébé the Circus Queen on DVD.

7.2
Director: Jonathan Dayton, Valerie FarisStars: The Amazing Mr. Lifto, Bébé the Circus Queen, Tim CridlandSummary: February 5, 1993, in front of a standing room-only-crowd at Seattle's Moore Theatre, impresario Jim Rose performs his own odd tricks - putting a screwdriver up his nose, pounding a nail into his head, and pushing his face into broken glass. He also introduces and provides a running commentary on four other sideshow performers: Mr. Lifto, who can lift and swing heavy objects from various body piercings, the Torture King, who turns himself into a human pincushion, the Enigma, who swallows worms, crickets, and swords, and Matt "The Tube" Crowley, who ingests various things into his nose, mouth, and stomach and bring them back out. The crowd goes wild. Written by <[email protected]>
Also known as: The Jim Rose Circus Sideshow (on a region-free DVD). 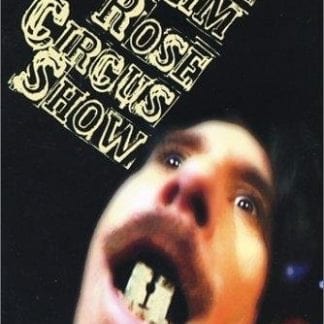