This sale is for The Incredible Robert Baldick: Never Come Night (1972) starring Barry Andrews on DVD.

7.8
Director: Cyril CokeWriters: Terry NationStars: Robert Hardy, Julian Holloway, John Rhys-DaviesSummary: Robert Hardy plays an aristocratic Victorian investigator (not dissimilar to Sherlock Holmes) who travels around the country in his own luxurious railway train. In this film, which seems like the pilot for a series which presumably was never made, he and his valet/secretary and burly gamekeeper discover a mystery with a supernatural element - although, having been written by Terry Nation, there is also a theme of scientific advancement in the story and a cliffhanger at the end which could have come straight from Dr Who. A very stylish and literate film and one wonders why no more were ever made. Written by Mygon
Also known as: The Incredible Robert Baldick: Never Come Night (on a region-free DVD). 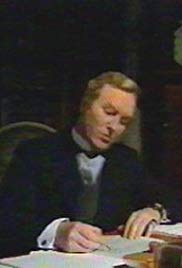