The Hood Has Eyez (2007) starring Cyd Schulte on DVD


This sale is for The Hood Has Eyez (2007) starring Cyd Schulte on DVD.

4.4
Director: Terrence WilliamsWriters: Terrence WilliamsStars: Cyd Schulte, Carlos Javier Castillo, Tom CuritoreSummary: Kimmy is a shy teenager who is desperately trying to fit in with the "it" crowd. She is convinced to attend a ditch party with her preppy "friends." On their way to the party the preppy teens accidentally hit a woman. They attempt to hide the body but are caught by a group of gangsters. The teens are subsequently assaulted and tortured. Kimmy is violently raped, humiliated and left for dead by the group of degenerate gangsters. In her now demented, psychotic state, Kimmy begins to seek revenge on the gangsters one by one. Written by Anonymous
Also known as: The Hood Has Eyez (on a region-free DVD). 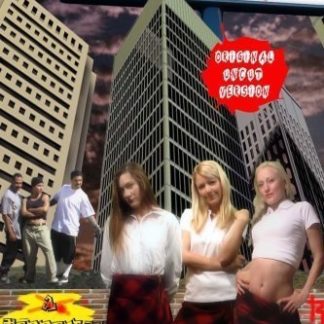