This sale is for The Golden Gate Murders (1979) starring David Janssen on DVD.

6.7
Director: Walter GraumanWriters: David J. KinghornStars: David Janssen, Susannah York, Paul CoufosSummary: An elderly, venerable priest, goes over the Golden Gate bridge and everyone except his nurse, Sister Benecia, believes that it was suicide. Sister Benecia finally convices the police department to assign a dectective, the cynical, irascible Paul Silver, to investigate. The "Mad Nun" and the "Mad Cop" become a formidable investigative team -- and much, much more. Written by A.L.Beneteau <[email protected]>
Also known as: The Golden Gate Murders (on a region-free DVD). 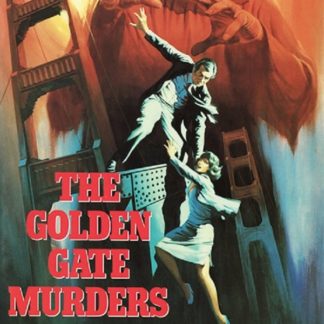