This sale is for The Glitter Dome (1984) starring James Garner on DVD.

5.6
Director: Stuart MargolinWriters: Stanley Kallis, Joseph WambaughStars: James Garner, Margot Kidder, John LithgowSummary: Disillusioned quippy alcoholic, Al Mackey, and emotionally distraught family man, Marty Wellborn, are homicide cops in Hollywood hot on the trail of the murderer of a movie mogul who was moonlighting by making child porno pictures. While Marty deals with his failed marriage and a snitch turned surrogate son he's put in danger, Mackey focuses on the case and his main woman of interest, in more ways than one, becomes a feisty actress called Willie, one of several suspects with motive, opportunity and the evil means to carry out this act. The investigation takes the police duo straight into the viper's pit that is the city's seedy underbelly, and the real question quickly becomes would a medal be in order for the killer instead of being arrested. The movie's title refers to the name of the bar where Mackey spends his evenings. Written by Richard Jones <[email protected]>
Also known as: The Glitter Dome (on a region-free DVD). 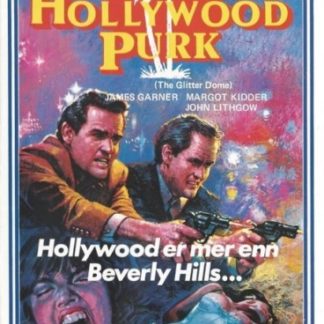