This sale is for The Glass Cage (1996) starring Horacio Anthony on DVD.

4.0
Director: Michael SchroederWriters: Peter Yurksaitis, David Keith MillerStars: Horacio Anthony, Fred Asparagus, Collin BernsenSummary: Swarthy Paul Yeager arrives in New Orleans, and promptly gets a job bartending at La Cage du Verre, a show bar where his former girlfriend Jacqueline is a dancer and the moll of its sadistic owner, Marko. He and Jacqueline smuggle diamonds and drugs, with the local police detective in on the take. Even though Paul is ex-CIA, he's not undercover, he just wants to win Jacqueline back. His CIA pals from black ops are on hand hoping to arrest Marko's boss. Detective Montrachet finds out Paul's past and sets up a double cross. Her aims are less clear: to get back with Paul, to stay with Marko, or to run her own scam and scamper away? Written by <[email protected]>
Also known as: The Glass Cage (on a region-free DVD). 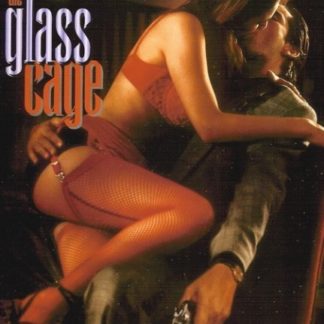