The Dress (1996) with English Subtitles on DVD


This sale is for The Dress (1996) with English Subtitles on DVD.

7.0
Director: Alex van WarmerdamWriters: Alex van WarmerdamStars: Henri Garcin, Ingeborg Elzevier, Khaldoun ElmeckySummary: The Dress is a tale filled with sex, violence, comedy and drama as it follows the life of a dress. Conceived under a cloud of frustration and despair, the dress serves as the hub in a great wheel of misfortune in an extraordinary sequence of events that envelopes both the dress and those fatefully drawn into its universe. An aloof artist, a virginal school girl, an unfulfilled maid, a lowly train conductor and a broken business executive, all become involuntary players in a macabre game of tag. No one who comes in contact with the dress can escape its dramatic, shocking and hilarious consequences. Written by Attitude Films 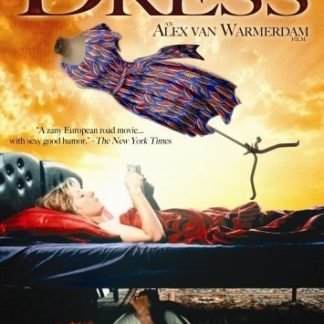