The Devil Queen (1974) with English Subtitles on DVD


This sale is for The Devil Queen (1974) with English Subtitles on DVD.

6.8
Director: Antonio Carlos da FontouraWriters: Plínio Marcos, Antonio Carlos da FontouraStars: Milton Gonçalves, Odete Lara, Stepan NercessianSummary: In Lapa, Rio de Janeiro, the homosexual drug dealer lord Rainha Diaba (Milton Gonçalves) decides to find a scapegoat to save his lover from the jail for traffic with students. His gang, under the command of Catitu (Nelson Xavier), uses the young pimp Bereco (Stepan Nercessian), but he escapes from the police siege and decides to break and rob the points where Rainha Diaba sells his marijuana, initiating a bloody war against the powerful dealer. Written by Claudio Carvalho, Rio de Janeiro, Brazil
Also known as: The Devil Queen (on a region-free DVD). 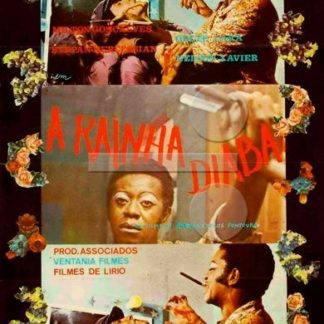