This sale is for The Desperate Mission (1969) starring Ricardo Montalban on DVD.

6.2
Director: Earl BellamyWriters: Richard Collins, Jack GussStars: Ricardo Montalban, Slim Pickens, Roosevelt GrierSummary: 19th Century figure Joaquin Murietta is a formerly wealthy and respected California landowner. However, he has lost his land, his wife, and everything else he held dear. Embittered and questioning his previous faith in God and man, he joins a disparate group of men hired to convey a wealthy man's wife away from the bandit-ridden countryside to safety in San Francisco. Murietta discovers that the convoy is also carrying a treasure of great material and religious value. He finds himself challenged to decide what he believes, and what he should do, in the face of threats to himself, to the convoy, and to the people of southern California. Written by Charles Delacroix
Also known as: The Desperate Mission (on a region-free DVD). 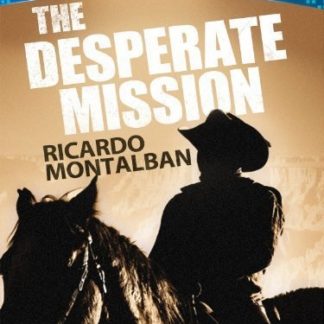