This sale is for The Delos Adventure (1987) starring Roger Kern on DVD.

3.8
Director: Joseph PurcellWriters: Joseph PurcellStars: Roger Kern, Jenny Neumann, Kurtwood SmithSummary: When demolition expert Bard Clemens joins a scientific expedition on the beautiful, uninhabited island of San Crispin, he has no inkling that the project is destined for disaster when it unknowingly stumbles upon a secret, Soviet military operation code-named "Delos." The expedition is attacked by a ruthless assassination squad, and the survivors begin a desperate fight to stay alive! With no weapons and no help in sight Bard, Deni Trion, the beautiful leader of the doomed expedition, together with Luis Vasquez are pitted against a team of cold-blooded killer commandos with one deadly objective: to protect operation "Delos" no matter how many lives it costs Written by Echo Bridge Home Entertainment
Also known as: The Delos Adventure (on a region-free DVD). 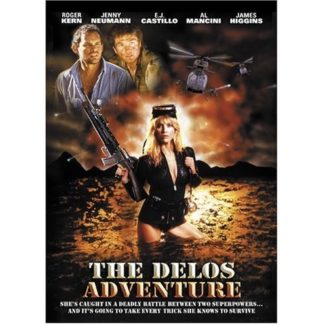