This sale is for The Dark Corner (1946) starring Lucille Ball on DVD.

Director: Henry HathawayWriters: Jay Dratler, Bernard C. SchoenfeldStars: Lucille Ball, Clifton Webb, William BendixSummary: Private investigator Bradford Galt has moved to New York from San Fransisco after serving a jail term on account of his lawyer partner Tony Jardine. When he finds someone is tailing - and possibly trying to kill him, Galt believes Jardine is behind it. As he finds there is rather more to it, he is increasingly glad to have his attractive new secretary Kathleen around, for several reason. Written by Jeremy Perkins {J-26}
Also known as: The Dark Corner (on a region-free DVD). 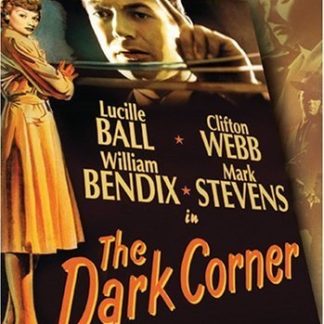