The Dance of Death (1969) starring Laurence Olivier on DVD


This sale is for The Dance of Death (1969) starring Laurence Olivier on DVD.

7.1
Director: David GilesWriters: C.D. Locock, August StrindbergStars: Laurence Olivier, Geraldine McEwan, Robert LangSummary: An egocentric artillery Captain and his venomous wife engage in savage unremitting battles in their isolated island fortress off the coast of Sweden at the turn of the century. Alice, a former actress who sacrificed her career for secluded military life with Edgar, reveals on the occasion of their 25th wedding anniversary, the veritable hell their marriage has been. Edgar, an aging schizophrenic who refuses to acknowledge his severe illness, struggles to sustain his ferocity and arrogance with an animal disregard for other people. Sensing that Alice, together with her cousin and would-be lover, Kurt, may ally against him, retaliates with vicious force. Alice lures Kurt into the illusion of sharing a passionate assignation and recruits him in a plot to destroy Edgar. Written by alfiehitchie 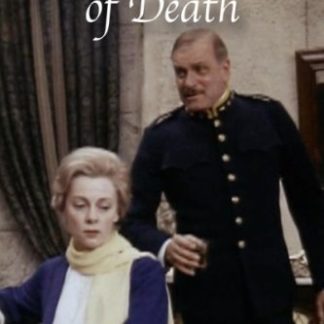