The Curse of Nostradamus (1961) with English Subtitles on DVD


This sale is for The Curse of Nostradamus (1961) with English Subtitles on DVD.

5.3
Director: Federico Curiel, Stim SegarWriters: Federico Curiel, Alfredo RuanovaStars: Germán Robles, Julio Alemán, Domingo SolerSummary: The Professor, dedicated to the belief that supernatural beings such as vampires and werewolves do not exist, has been re-elected chairman of a local committee dedicated to proving this to the masses. But that night he finds a visitor inexplicably in his study, who claims to be the 400 year old son of Nostradamus the Alchemist and demands that he be acknowledged publicly as such so that he may rebuild his father's cult. When the Professor refuses, Nostradamus, as he also calls himself, proceeds to predict the death next day of an admirer of the Professor's work; and the man indeed dies - buried alive while in a death-like paralysis, as the Professor later discovers. Meanwhile, Nostradamus withstands six point-blank bullets fired by the Professor, then becomes a bat and flies away. But though convinced of Nostradamus' power, the Professor refuses to make public acknowledgment, lest society crumbles, and sets about finding a way to destroy Nostradamus, his sole confidant being Antonio, ... Written by Rich Wannen <[email protected]>
Also known as: The Curse of Nostradamus (on a region-free DVD). 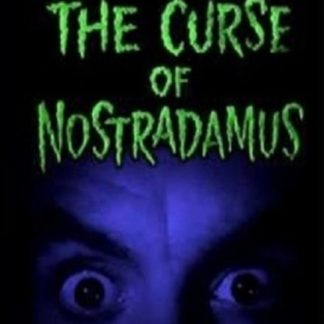