The Curse of Lizzie Borden (2006) starring Randal Malone on DVD


This sale is for The Curse of Lizzie Borden (2006) starring Randal Malone on DVD.

3.1
Director: Ford AustinWriters: Jeremiah Campbell, David S. SterlingStars: Randal Malone, Danielle De Luca, Jed RowenSummary: Low Budget horror movie phenomenon Danielle De Luca (Queen Cobra) plays a girl who gets a job in a Lizzie Borden museum working for Mr. Moody (Mtv Singled Out's Randal Malone). Soon she goes on a killing rampage in this thriller that is reminiscent of 70's Italian horror flicks. The movie also stars Jed Rowen (Black Dahlia, Ghastly Love of Johnny X, Zombie Farm) as the professor who gets beaten to death by Lizzie Borden. In the end, the only thing left to the imagination is whether everyone was murdered or did it just happen in the poor girl's imagination. Written by Razor
Also known as: The Curse of Lizzie Borden (on a region-free DVD). 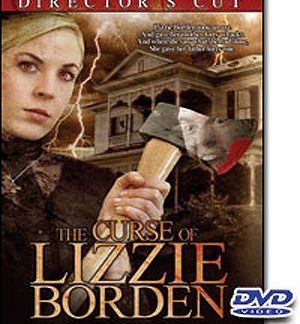