This sale is for The Commuter (2010) starring Dev Patel on DVD.

6.4
Director: Edward McHenry, Rory McHenryWriters: Edward McHenry, Rory McHenryStars: Dev Patel, Ed Westwick, Pamela AndersonSummary: The Commuter, which was filmed entirely on the Nokia N8 in HD, stars Dev Patel as a commuter on his way to his first day of work. In this action-packed short film, Dev battles a killer Traffic Warden, a blind ninja, parkour bankers and comes face-to-face with Pamela Anderson before getting stuck in a lift with Ed Westwick and stealing a Lotus...will he make it in time? Written by Anonymous
Also known as: The Commuter (on a region-free DVD).
Source: imdb.com 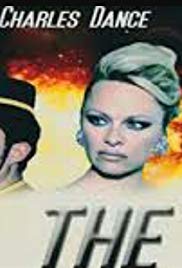