This sale is for The Blue Knight (Pilot Movie) starring George Kennedy on DVD.

6.9
Writers: Albert Ruben, E. Jack NeumanStars: George Kennedy, John Steadman, Barbara RhoadesSummary: After many years of service as a Los Angeles police officer, Bumper Morgan remains a uniformed officer who walks a beat every day. This is not to denigrate his abilities as a policeman, since he has often been offered promotions, but Bumper prefers his life on the street. He knows everyone in his neighborhood, and is even willing to overlook minor transgressions if it will keep his beat relatively safe. Written by Marty McKee <[email protected]>
Also known as: The Blue Knight (on a region-free DVD). 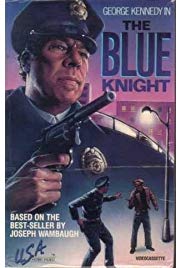