This sale is for The Black Room (1982) starring Stephen Knight on DVD.

4.9
Director: Elly Kenner, Norman Thaddeus VaneWriters: Norman Thaddeus VaneStars: Stephen Knight, Cassandra Gava, Jimmy StathisSummary: A room gets put up for rent following the mysterious murder of its previous tenant. When an apartment-hunting man sees the deal the brother and sister landlords are offering, he immediately puts down the first month's rent and starts spending his days there, even though he has a home to spend his nights at with his wife. When he comes home, he tells his wife about the fantasies he has of having sex with various women each day in his new apartment. His wife goes along with it for a while, but when she discovers that her husband's stories are much more than just fantasies, she starts to do some investigating. Written by Jean-Marc Rocher <[email protected]>
Also known as: The Black Room (on a region-free DVD). 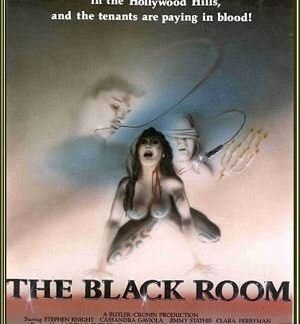