This sale is for The Black Room (1935) starring Boris Karloff on DVD.

7.0
Director: Roy William NeillWriters: Arthur Strawn, Henry MyersStars: Boris Karloff, Marian Marsh, Robert AllenSummary: Prophecy has it that younger twin Anton will kill brother Gregor in the castle's Black Room. Anton returns to the castle after a 10 year hiatus. Gregor, a Baron, has many attempts on his life as his subjects detest his tyranny. However, good natured Anton earns the subjects' respect, and the admiration of Col.Hassel, uncle of the beautiful Thea. When Gregor kills young servant Mashka, his subjects storm the castle to remove him. Devious Gregor renounces his title in favour of brother Anton to appease them. He then kills Anton to assume his identity and the Baronship again. He is free to pursue Thea with Col.Hassel's blessing. When Col.Hassel discovers Gregor's impersonation, he also meets death. With Thea's true love, Lt. Lussan, wrongfully convicted of Hassel's murder, it appears nothing can stop evil Gregor from ambushing her into marriage. But what of that prophecy? Written by Gary Jackson <[email protected]>
Also known as: The Black Room (on a region-free DVD). 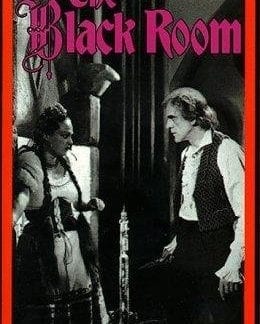