The Bitch of Buchenwald (2010) starring Peter Morgan Jones on DVD


This sale is for The Bitch of Buchenwald (2010) starring Peter Morgan Jones on DVD.

Director: Gerry MalirWriters: Gerry MalirStars: Peter Morgan Jones, Ilse Koch, Karl KochSummary: This programme puts the career of Ilse Koch (1906-1967) in the context of the Germany of the Nazi era, with the SS to which she belonged in control. As the wife of a concentration camp commander, she was to grow accustomed to a privileged existence. This elite lifestyle, financed mainly through embezzlement, together with her sadistic activities, saw her brought before a court of the SS. Later, the American Military Tribunal, and finally the German High Court were to find her guilty of crimes against humanity. She was to be jailed for life, released, and then jailed again. Written by Ulf Kjell Gür
Also known as: The Bitch of Buchenwald (on a region-free DVD). 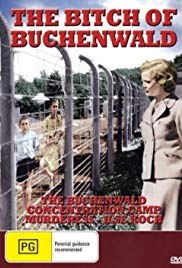