This sale is for The Berlin Affair (1985) starring Gudrun Landgrebe on DVD.

5.5
Director: Liliana CavaniWriters: Liliana Cavani, Roberta MazzoniStars: Gudrun Landgrebe, Kevin McNally, Mio TakakiSummary: Set in 1938 Berlin, Louise Von Hollendorf is the wife of a young Nazi diplomat who meets and falls in love with a certain Mitsuko Matsugae, an artist and the daughter of the Japanese ambassador to Germany. Louise's husband Heinz soon finds out and tries to break up the union between his wife and Mitsuko only to eventually fall in love with Mitsuko also, while outside parties who include art professor Joseph Benno, Mitsuko's lover, and Heinz's cousin Wolf, a Gestapo officer, figure in which threatens to destroy the love triangle for good. Written by Anonymous
Also known as: The Berlin Affair (on a region-free DVD). 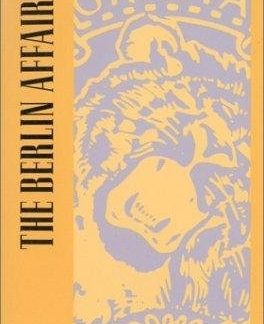