This sale is for The Bad News Bears Go to Japan (1978) with English Subtitles on DVD.

3.7
Director: John BerryWriters: Bill LancasterStars: Tony Curtis, Jackie Earle Haley, Tomisaburô WakayamaSummary: With all eyes on Japan after defeating the Houston Toros in The Bad News Bears in Breaking Training (1977), California's champions, The Bears, embark on a fascinating adventure in the far-off Land of the Rising Sun. Under the wing of the small-time Hollywood promoter, Marvin Lazar, the Bears face the country's all-star baseball team; however, nothing seems to work as planned. Now, against the backdrop of an insurmountable language barrier and an unforeseen romance, the Bears will have to prove their worth. Do they stand a chance against Japan's best little-league team? Written by Nick Riganas
Also known as: The Bad News Bears Go to Japan (on a region-free DVD). 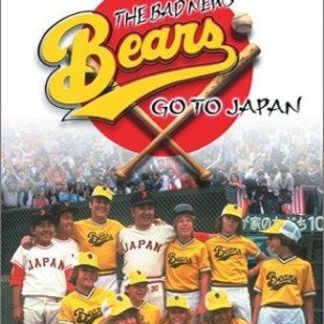