This sale is for The Babymaker: The Dr. Cecil Jacobson Story (1994) starring Melissa Gilbert on DVD.

5.3
Director: Arlene SanfordWriters: Phil Penningroth, Sharon Elizabeth DoyleStars: Melissa Gilbert, Shanna Reed, Tom VericaSummary: Married couples, unable to conceive, are thrilled to find they are going to become parents, thanks to a larger-than-life "miracle doctor" and his unusual treatments. However, joy soon turns to outrage with the discovery the physician has taken bizarre and inconceivably unethical means to deceive his patients. In some case, the doctor deliberately misled couples into falsely believing they might have a chance to become pregnant when they could not. In others, the twisted physician actually served as a "secret donor," fathering countless children himself. Outraged by these shocking discoveries, one couple leads a seemingly impossible fight to keep hopeful families from being victimized again. Written by Anonymous
Also known as: The Babymaker: The Dr. Cecil Jacobson Story (on a region-free DVD).

Be the first to review “The Babymaker: The Dr. Cecil Jacobson Story (1994) starring Melissa Gilbert on DVD” Cancel reply 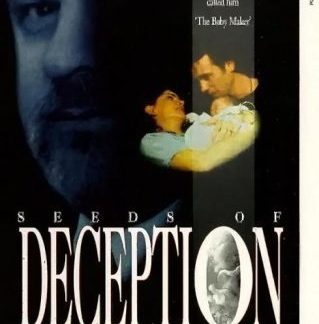