This sale is for The Atlanta Child Murders (1985–) starring Jason Robards on DVD.

6.7
Stars: Jason Robards, James Earl Jones, Rip TornSummary: The city of Atlanta, Georgia, is terrorized by a rash of child murders occurring in its black community. When a black photographer is arrested for the crimes, controversy erupts over whether he is the actual killer or a scapegoat offered up by the city's mostly black leadership. Based on actual events. Written by Anonymous
Also known as: The Atlanta Child Murders (on a region-free DVD). 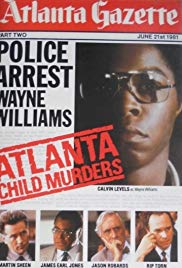