The Americanization of Emily (1964) starring James Garner on DVD


This sale is for The Americanization of Emily (1964) starring James Garner on DVD.

Director: Arthur HillerWriters: Paddy Chayefsky, William Bradford HuieStars: James Garner, Julie Andrews, Melvyn DouglasSummary: During the build-up to D-Day in 1944, the British found their island hosting many thousands of American soldiers who were "oversexed, overpaid, and over here". That's Lieutenant Commander Charles Edward Madison (James Garner) exactly; he knows all of the angles to make life as smooth and risk-free as possible for himself. But things become complicated when he falls for English woman Emily Barham (Dame Julie Andrews), and his commanding officer's nervous breakdown leads to Charles being sent on a senseless and dangerous mission.
Also known as: The Americanization of Emily (on a region-free DVD). 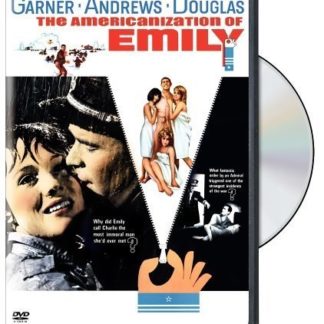