This sale is for The American Astronaut (2001) starring Cory McAbee on DVD.

7.1
Director: Cory McAbeeWriters: Cory McAbeeStars: Cory McAbee, Rocco Sisto, Gregory Russell CookSummary: Space travel has become a dirty way of life dominated by derelicts, grease monkeys, thieves, and hard-boiled interplanetary traders such as Samuel Curtis, an astronaut from Earth who deals in a rare goods, living or otherwise. His mission begins with the unlikely delivery of a cat to a small outer-belt asteroid saloon where he meets his former dance partner, and renowned interplanetary fruit thief, the Blueberry Pirate. As payment for his delivery of the cat, Curtis receives a homemade cloning device already in the process of creating a creature most rare in this space quadrant... a Real Live Girl. At the suggestion of the Blueberry Pirate, Curtis takes the Real Live Girl to Jupiter where women have long been a mystery. There, he proposes a trade with the owner of Jupiter: the Real Live Girl clone for the Boy Who Actually Saw A Woman's Breast. The Boy Who Actually Saw A Woman's Breast is regarded as royalty on the all-male mining planet of Jupiter because of his unique and exotic ... Written by nathue
Also known as: The American Astronaut (on a region-free DVD). 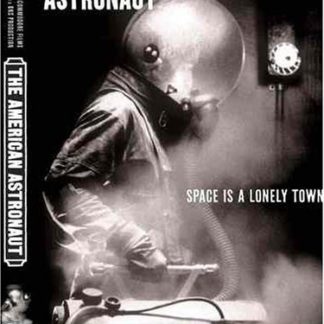