This sale is for Taxandria (1994) starring Armin Mueller-Stahl on DVD.

6.6
Director: Raoul ServaisWriters: Frank Daniel, Raoul ServaisStars: Armin Mueller-Stahl, Elliott Spiers, Katja StudtSummary: A young prince is taken for tuition at a seaside hotel but there quickly bores and wanders off to visit a nearby lighthouse. Befriended by the keeper, he learns of a secret world he can see inside the light of the lamp - the world of Taxandria ruled by the dictatorship of the 'eternal present' where all machines, progress and time have been banned. However, a naive but creative printing clerk unwittingly causes a revolution when he upsets a printing press and tries to replace the spilled letters only to have his new words taken for a subversive code. On the run he falls in love with a palace princess, discovers the forbidden art of photography and sets out to fulfill his dream of building a flying machine. Written by L.H. Wong <[email protected]>
Also known as: Taxandria (on a region-free DVD). 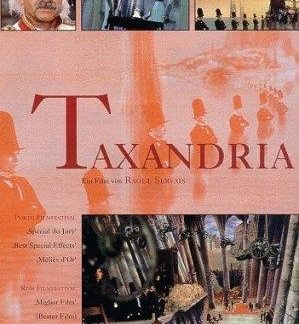