This sale is for Tanned Legs (1929) starring Arthur Lake on DVD.

5.6
Director: Marshall NeilanWriters: Thomas J. GeraghtyStars: Arthur Lake, June Clyde, Dorothy RevierSummary: Peggy and Bill are high society lovebirds, but their marriage plans are put on hold while Peggy spends most of her summer straightening out her wayward parents and her unlucky-in-love sister Janet. Mama and Papa are set to rights fairly quickly, but Janet's the one with real problems. It seems she sent some compromising love letters to a worthless cad, and now the bounder wants to use the letters for blackmail. Peggy's friend Roger and his flapper sweetheart Tootie hatch an elaborate plan to retrieve the incriminating letters and salvage Janet's reputation. Written by Dan Navarro <[email protected]>
Also known as: Tanned Legs (on a region-free DVD). 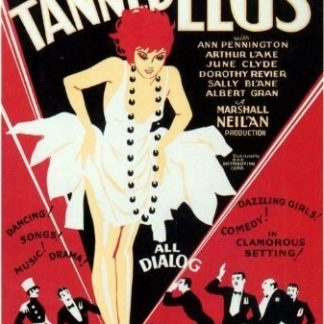