This sale is for Tales of Times Square (2006) starring Lou Amber on DVD.

6.8
Director: Paul StoneWriters: Josh Alan FriedmanStars: Lou Amber, Joseph Anthony Sernio, Jo WeldonSummary: The last bastion of a truly honky-tonk atmosphere is over. It's time to make way for Mickey and Minnie. In an age of sterile corporate strip malls, Tales of Times Square is a reminder that in at least one-neighborhood things used to be quite different. Based on the cult classic book of the same name, written by Josh Alan Friedman, Tales of Times Square combines 16 mm footage and grainy Super 8, as well as original 35mm photography by Porn Star Annie Sprinkle, to paint a vivid picture of Times Square's seedy past, the sex industries that thrived there, and those threatened with extinction by a movement to 'sanitize the square.' The film investigates the past, present and future of the infamous neighborhood, at the height of its raunchy reputation. Written by Anonymous
Also known as: Tales of Times Square (on a region-free DVD). 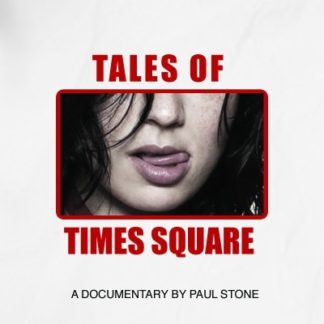