This sale is for Take Aim at the Police Van (1960) with English Subtitles on DVD.

6.7
Director: Seijun SuzukiWriters: Shin'ichi Sekizawa, Kazuo ShimadaStars: Michitarô Mizushima, Misako Watanabe, Shôichi OzawaSummary: A sharpshooter kills two prisoners in a police van at night. The guard on the van is suspended for six months; he's Tamon, an upright, modest man. He begins his own investigation into the murders. Who were the victims, who are their relatives and girlfriends, who else was on the van that night? As he doggedly investigates, others die, coincidences occur, and several leads take him to the Hamaju Agency, which may be supplying call girls. Its owner is in jail, his daughter, the enigmatic Yuko, keeps turning up where Tamon goes. Tamon believes he can awaken good in people, but has he met his match? Will he solve the murders or be the next victim? And who is Akiba? Written by <[email protected]>
Also known as: Take Aim at the Police Van (on a region-free DVD). 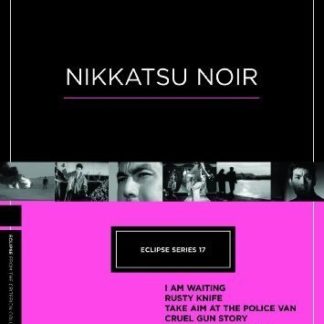