This sale is for Tai-Chi Master (1993) with English Subtitles on DVD.

Director: Woo-Ping YuenWriters: David B. Baron, Jack MaebyStars: Jet Li, Michelle Yeoh, Siu-Ho ChinSummary: Junbao (Jet Li) is a monk who grows up in a Shaolin temple with his friend Tienbao. Their friendly competitions to see who is stronger frequently gets them into trouble. At a competition for promotion to a higher place in Shaolin, Tienbao almost kills another student for cheating and using a concealed weapon. After a disagreement with a master, who refuses to believe Tienbao, a fight erupts which results in Junbao and Tienbao being expelled from the temple. Having lived in a temple their entire lives, they have trouble adapting to the outside world and eventually gets mixed up with local rebels who frequently steal from a corrupt governor and give the proceeds back to the poor. Tienbao, who was always very ambitious and competitive, gets tired and disillusioned by their new lifestyle, accepts an offer by the governor to join his army. The two childhood friends reluctantly decide to go their separate ways. Seeing an opportunity to secure a promotion in the army, Tienbao sets a trap for... Written by Adam Hsieh
Also known as: Tai-Chi Master (on a region-free DVD). 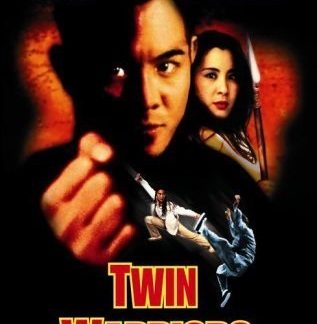